What Should I Do When My Doctor’s Made A Medical Mistake? 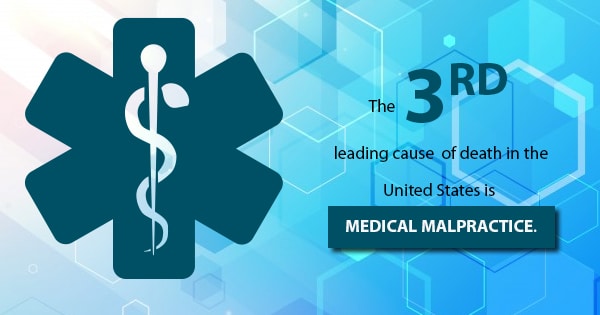 According to the Journal of the American Medical Association, the third leading cause of death in the United States is medical malpractice. Due to preventable medical errors, approximately 98,000 Americans die every year.

When should you file a medical malpractice claim?

Medical malpractice can be claimed after a patient has discovered they’ve been given improper care or have suffered from damages due to a medical mistake. Be sure to file your claim as soon as possible so as to avoid any discrepancy with the law or evidence.

However, it should be noted that a patient cannot file for medical practice because the treatment prescribed to them fails to work. Medical malpractice is specifically meant to target a doctor or other medical professional’s negligence.

What should I do if my doctor informs me of a medical mistake?

In some circumstances, a doctor may notify you of their mistake and will attempt to give you an honest apology. Should this happen, it’s important that you do not sign any documentation without the presence of legal representation. Many insurance companies look for settlements regarding medical malpractice and so signing any documentation relating to your doctor’s negligence could very well negate any chance you have of taking your doctor to court for compensation.

A medical malpractice settlement is, of course, an option. However, it may be in your best interest to hire a medical malpractice lawyer on your behalf if the doctor’s negligence has resulted in ongoing difficulty, permanent disability, or wrongful death.

If you’re unsure whether or not your malpractice lawsuit is worth being pursued, finding a medical malpractice attorney may be in your best interest. A lawyer will be able to determine based on the physical evidence provided, including photographs and documents related to the injury, illness, or damages, whether or not it would be wise to pursue a case or to settle.